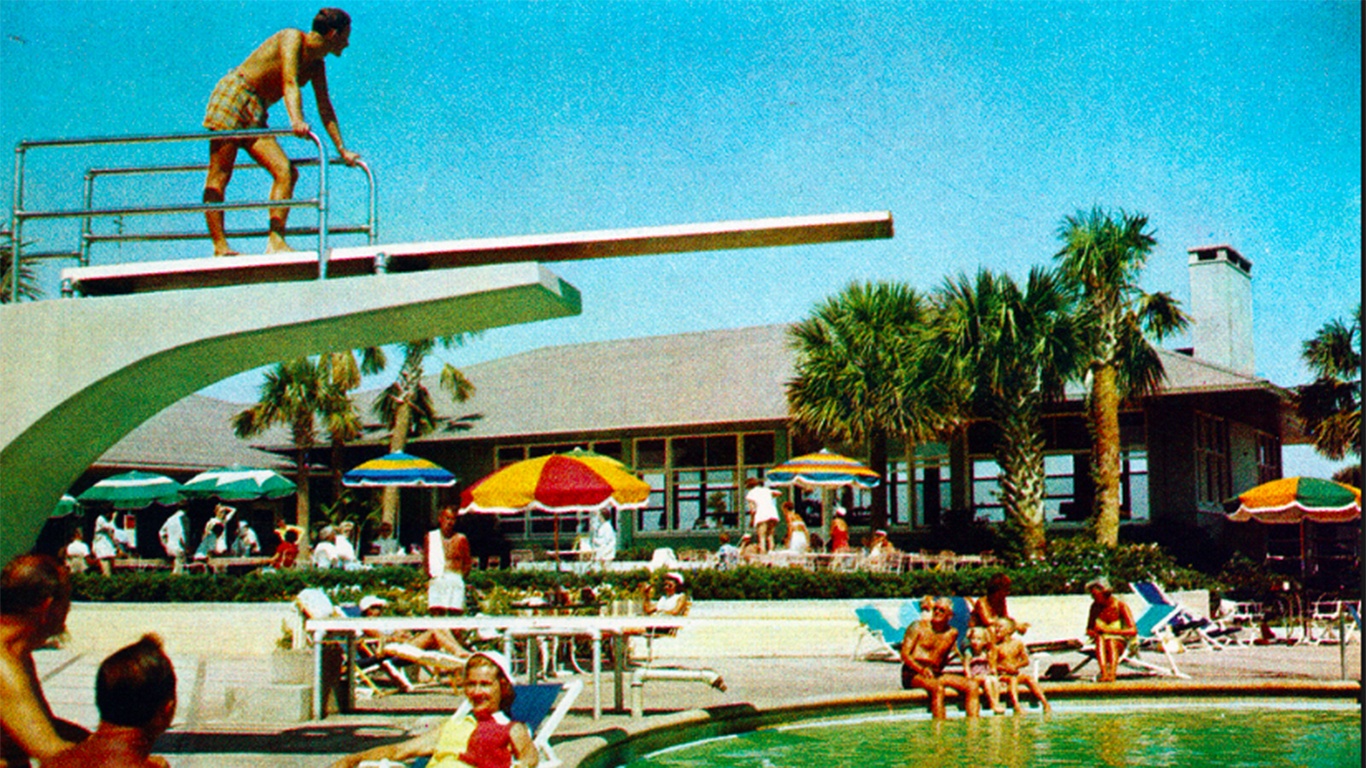 Growing up on Sea Island in the 1960’s, 70’s and 80’s created a lot of incredible memories as a youth. And as a young person, it wasn’t all about the quality amenities and upscale environment that made it so memorable for us. Instead, it was the colorful and caring people that ran the Beach Club that made it so special.

Another iconic personality at the Beach Club was “Big George.” George Drayton seemed to my young eyes to be seven feet tall and weighed over 300 pounds. He was in charge of the men’s locker room, and always had the biggest, brightest smile on his face. The only thing bigger than Big George was the way he made you feel when he smiled at you personally and remembered you by name. But we didn’t want to cross Big George – anytime you were caught taking an extra towel in the locker room, Big George would appear out of nowhere and pop you on the bottom with a “rat tail.” We all appreciated his joy in service and his animated love for us. So beloved was he, that many years later, the Sea Island Beach Club named its new pool-side restaurant in his honor.

Then there was Percy Walters, who taught nearly everyone on Sea Island how to swim, including me when I was just 3 years old. I’ll never forget Percy taking me up on the High Diving Board and walking me to the end – high above the pool – holding my hand so I would not be afraid. Then, upon Percy’s insistence, the two of us would jump in together, and he would make me swim my way to safety.