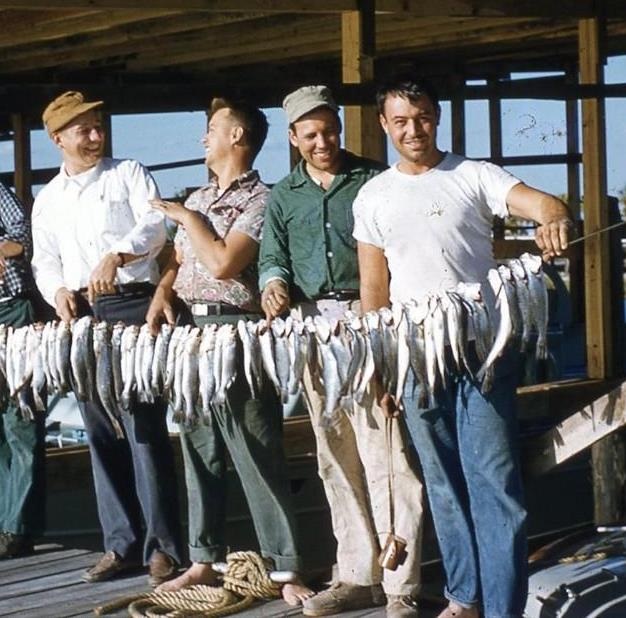 If you spend any amount of time in the Golden Isles, you are bound to overhear local folks talk about fishing – what the tide is doing, what kind of bait you need, and where the best fishing holes are located.  You may hear a few tall tales regarding their adventures at sea, or an exaggerated claim on the size of their catch.  Out of all the tales I’ve ever heard, the best “Fish Story” ever was one my father, Harrison Aiken used to tell.   He was a consummate story teller that engaged every listener, and his stories of the St. Simons of old often included his passion for fishing, boating or for flying airplanes. 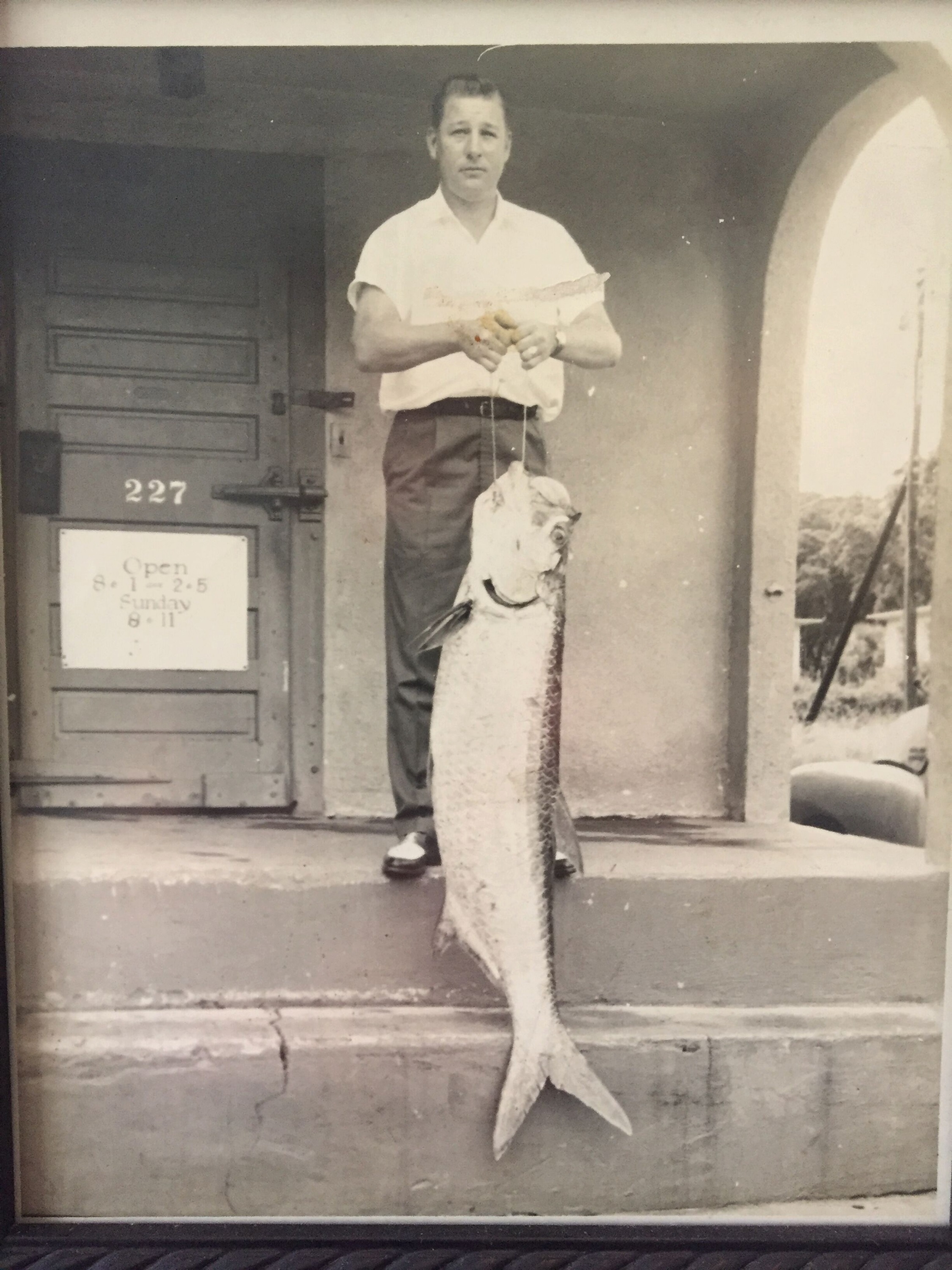 Harrison was an expert at everything he put his mind to, and like so many of our “Greatest Generation,” he was larger than life.  Looking at him through my boyhood eyes, he seemed to be both Earnest Hemingway and John Wayne rolled into one.  Not only could he TELL a good story, but he actually lived a life that was truly a Tall Tale!

One of his greatest accounts involved a great friend of his and a fellow pilot named George Perry.  George ran the Brunswick Airport for years, and as a teenager, my Dad learned how to fly from him.  George had a biplane that Dad washed often and used occasionally.  Over the years, George and Dad remained close friends, and they loved the days when they could leave their jobs and go fishing instead.  At the time, George owned a two-seat Cessna 150 airplane that had large, wide wheels on it, perfect for landing on the soft sand of the beach.

One day, the two men decided to take off of work, load the plane with fishing gear, and fly low along the beach looking for feeding birds and schools of fish.  Beginning at St. Simons Island, they headed north over Sea Island, Little St. Simons, and Sapelo until finally, they spotted a school of fish near the shore of St. Catherine’s.  They circled around, surveying the beach, and decided that the little plane could handle the landing.  After touching down in the sand, the two fishermen grabbed their gear and bait and proceeded to fish.  And fish.  And fish some more…

Apparently, Dad and George had a contest to see who could catch the most fish, and both were serious competitors!  The story goes that by the end of the day, the two had caught so many fish, that when they loaded the plane with their copious catch, the plane was too heavy and literally would not take off with the weight of the fish holding the plane down.  My father began to get upset at the notion that they were going to have to leave behind some of their treasured fish in order to be able to fly.  However, George Perry had a better idea!  They pulled out their knives, got to work, and filleted all of the fish right there on the beach in order to remove the heavy bones and superfluous parts.  With only the weight of the meaty filets on board, the plane was then able to lift itself back into the air once again, returning the proud gentlemen home with their catch.

I love that story!  It’s one of those memories that inspired me to return home to St. Simons to raise my younger boys here – where they too can have adventures at sea and make Hemmingway-like memories of their own.  If you are considering moving, buying, or selling a home here in the Golden Isles, I would be delighted to help make your own Island stories and dreams come true.  My partnership with LUXVT provides me with an excellent regional and international marketing platform that complements my local expertise for the benefit of my clients.  Contact me to talk about it! 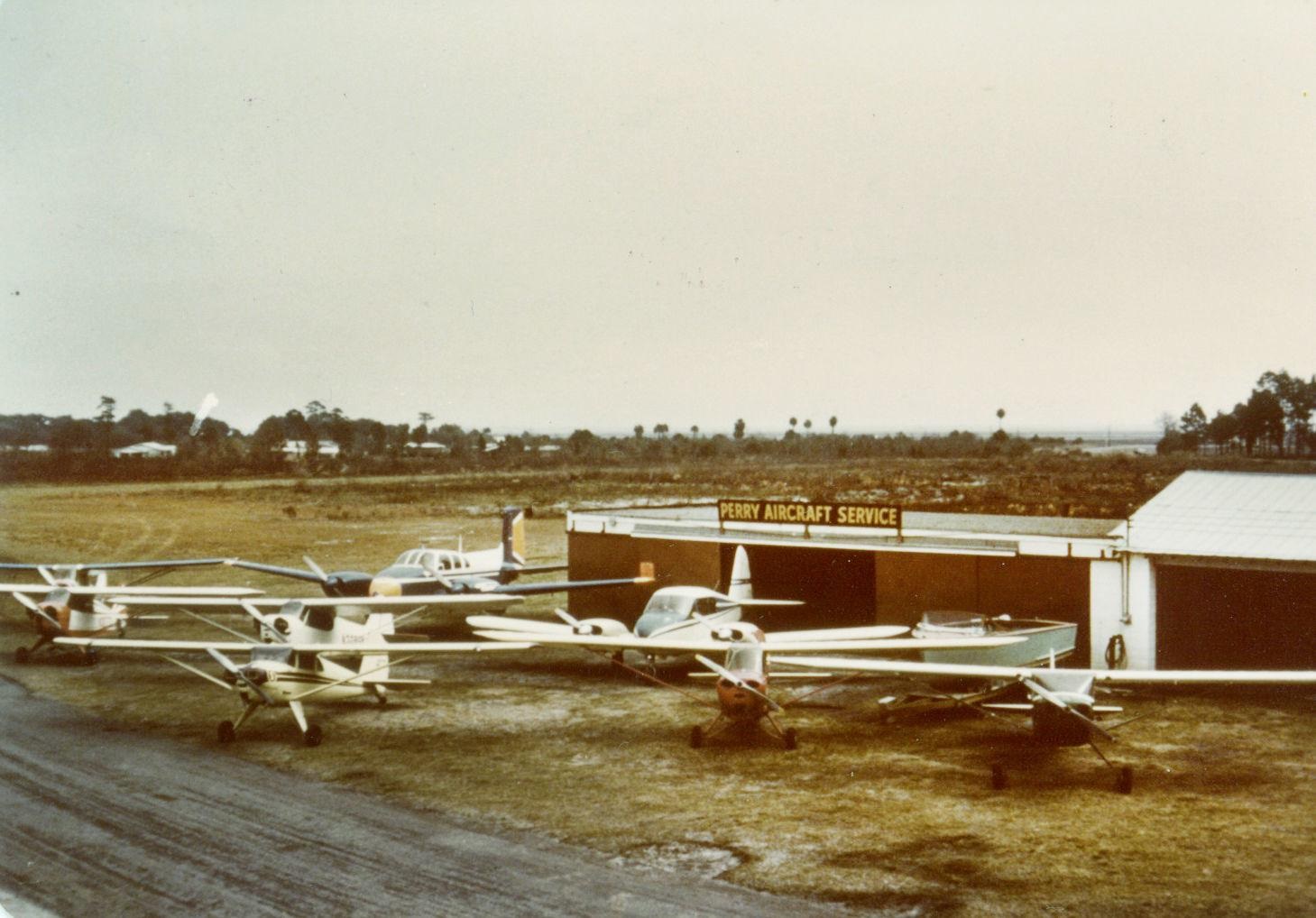