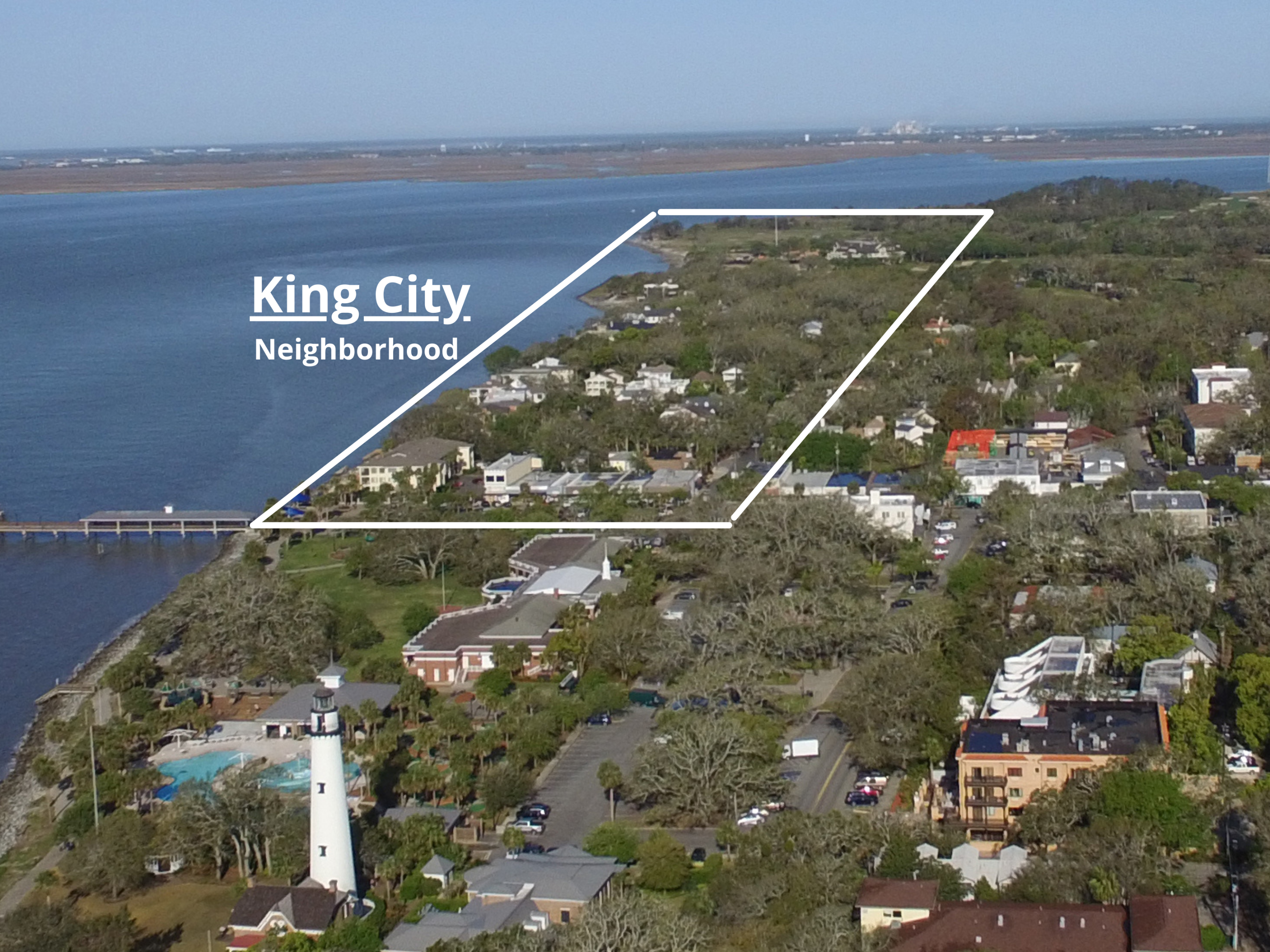 Some of the most beautiful homes on St. Simons are located in the village near the pier.   Enjoying prevailing Southwesterly breezes in the morning and ocean breezes later in the day, this area of St. Simons has long been coveted by local islanders and enjoyed by generations of visitors.

The area just west of the pier down Butler Avenue and along the oceanfront is known as “King City”. Today it is a collection of approximately 80 homes bordered by The Grove and  The Island Club neighborhoods. This area was originally developed in the late 1800’s by my Great-Great-Grandfather, Mallery King.

Mallery was the oldest surviving son of Thomas Butler King and Anna Matilda Page King of Retreat Plantation.  After the Civil War, Mallery King returned to St. Simons Island with his family.   Following the war, the residents of St. Simons Island experienced difficult economic times.  The Civil War left the south in turmoil and the economy transitioned from relying on cotton as the dominant cash crop to an age of harvesting and milling timber (known as “The Mill Days”).  During this time, Anson Dodge built a successful lumber mill at Gascoigne, which is the same area that provided the strong live oak timber that comprised the warship U.S.S. Constitution, also known as “Old Ironsides”.  During these booming years, vacationers began to discover St. Simons Island and development erupted.

In response to these changes, Mallery King sought out a new and different use for the land at Retreat. In 1890, King planned to subdivide the property surrounding Retreat into 140 lots for residential homesites, measuring 40 X 80 feet each. These lots stretched from Floyd Street to Gould Street between what is now the SSI Lighthouse and King’s personal home at Retreat (ruins of which still can be found around the Sea Island Lodge). King also laid out a 200 X 200 foot lot on Mallery Street that was reserved for “Hotel St. Simons” - the first of many island resorts to come.  Each homesite would be sold for $100.  If cash was offered, the price would be $80 per lot. This subdivision, the first ever on St Simons, was called “King City”.

Road signs on the Island

In 1894, King served as the Commissioner for St. Simons Island.  During his tenure in office, he saw to it that the main public road on St. Simons, stretching from the beach to the lighthouse, was paved with oyster shells. Although primitive, it was the first attempt to improve the previously dirt trails. Also during his term, King commissioned the naming of the predominant streets around the village area, utilizing the names of his sisters, family members, friends and even himself.  This explains why the current street names like “Mallery” and “Frazer” have seemingly uncommon spellings.

By the time Mallery King died in 1895, over a third of the lots had been sold for a total of $3,450, and the remaining parcels were passed on to his survivors.  One of King’s surviving daughters, Frances Buford King, married Franklin D. Aiken,  who worked as the President of the Brunswick Bank and Trust (later American National Bank). Franklin Aiken was also the owner and operator of the Emmeline & Hessie ferryboats that ran between Brunswick, St. Simons, and Jekyll Islands (which has been memorialized in the famous “Franklin’s Walk”  painting now seen outside at the Sandcastle restaurant at the pier).

As Franklin was married to the oldest King sister and also a proficient financier, he managed the King estate on the family’s behalf.  Eventually, the entirety of King City and Retreat was parceled off and sold.  Howard Coffin acquired a good bit of the acreage and the largest portion of the original Retreat was sold in 1926 to the Sea Island Company, who later developed the Sea Island Golf Course and Lodge on the site.  Today, the magnificent beauty of the former King property has a global stage during the annually televised RSM Golf Classic, and anyone who visits appreciates the unique Seaside setting of the Sea Island golf course and Lodge.