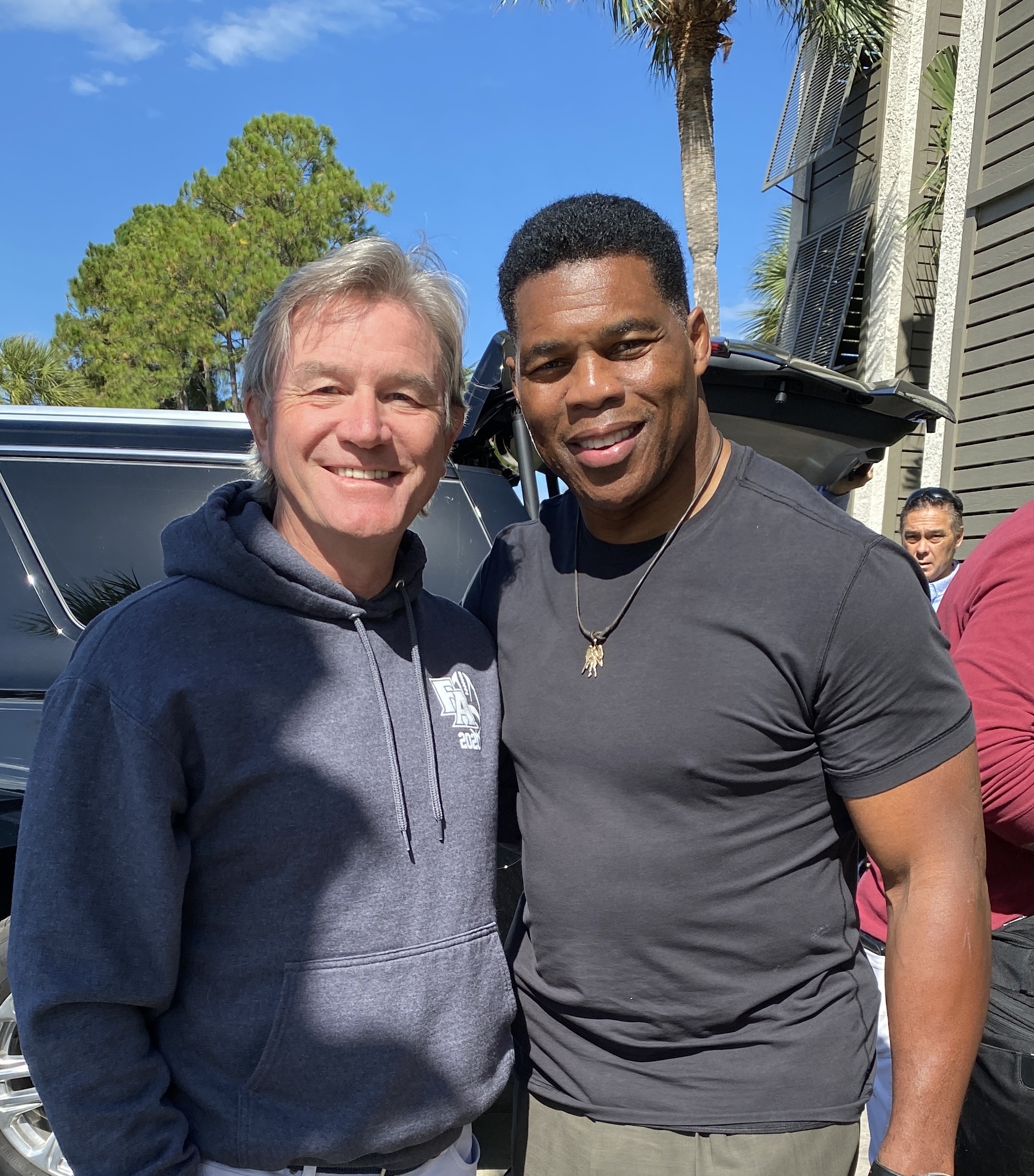 “DAWGS WIN… DAWGS WIN… I JUST BROKE MY CHAIR…
man is there going to be some property destroyed in St. Simons tonight.”

- Larry Munson, the great legendary voice of the Georgia Bulldogs.

The Golden Isles is a special place in the hearts of all Bull Dawg fans.  St. Simons has been the headquarters for the Bulldawg Nation and celebration central for every Georgia-Florida game as long as I can remember…so hunker down, you hairy Dawgs – our biggest week of the year is here!

If you have been a Bull Dawg fan as long as I have, then you may remember the beginning of the 1980 Championship Season.  That year, I was a Sophomore at Georgia and I recall that we students had few expectations for what was about to occur.  We had finished the dismal 1979 season with a rousing last-minute win over Georgia Tech at home with the freshman quarterback from Valdosta, Buck Belue, providing last-minute heroics to overcome a three-touchdown deficit at the half to win in the last seconds.  The outstanding running back from Brunswick, Willie McClendon, had graduated that year, leaving a big hole at running back.  There was preseason talk that Coach Dooley had recruited another good running back - some freshman kid from Wrightsville named Herschel Walker - but no one could have predicted what Herschel Walker was going to mean to Georgia Football.

Having arrived early in Athens for my Sophomore year, I chose not to travel to Knoxville for the season-opener away game against Tennessee.  Instead, I sat on the front porch of the KA house with several buddies and listened intently to Larry Munson call the game on the radio.  So... GET THE PICTURE, it was the first game of the 1980 season and Georgia was coming off a dismal  6-5 season the year before. Tennessee was favored to win and GA was struggling early on.  We students were all hoping that Coach Dooley would play the new running back from Wrightsville, Georgia, but we also knew he rarely played Freshman and was unlikely to do so in such a big game.   The match was a slugfest. Tennessee had the home advantage in their HUGE stadium with over 107,000 screaming fans.  My friends and I huddled around the radio, listening to Munson’s passionate calls as only he could do.  With an anemic running attack, more than once Munson alluded to the possibility (and the need) for this new big freshman to get a chance to run the ball, and Munson seemed to be leading the coach through the urgency in his voice.

Finally, Coach Dooley put #34 Hershel Walker in the game, and Munson’s countenance came alive with an invigorated hope as he emphatically cheered the Dogs on.  Munson’s famous call of Herschel Walker literally running over Tennessee’s all-conference defensive back Bill Bates is one that I will never forget, much like the famous “hob-nailed boot” play.  When the game was over, Georgia had upset Tennessee by one point and there was absolute elation in Athens.   Immediately upon the win, I jumped up and dashed from the porch, running as fast as I could across Lumpkin Street toward old campus and the famous Bell Tower, which was traditionally rung by dozens of students in jubilation at every Dawg victory.  Because of my haste, I was the first one to arrive, and I had to climb up the tower to untie the rope.  As I did so, I swung back down, hanging onto the rope, and exuberantly rang the victory Bell at the triumphant opening of the historic 1980 Championship season.

A few weeks after the TN game, Georgia went into the GA vs FL game undefeated (having narrowly defeated SC and the eventual Heisman Trophy winner George Rogers the week before).   Georgia was ranked number 2 in the AP behind Notre Dame who was playing Georgia Tech the same day.  The day was sunny, cool, and the stadium in Jacksonville was full of Red and Black and Blue and Orange.  It seemed like the entire Bulldog Nation had traveled to St. Simons and Jacksonville in hopeful anticipation of a Georgia victory.  The game was hard-fought, and within the last minute, Florida took a 4-point lead with a late, spirit-crushing touchdown.  There were now only about 45 seconds left in the game and there was heavy sadness as fans realized the game may be lost.

I will always remember the next few moments of Bulldog history.  I was in the corner of the end zone furthest from where Georgia was playing offense from their own 9-yard line.   Suddenly, quarterback Buck Belue scrambled to his right to avoid what could have been a game-ending sack, and then made an incredible 20-yard pass to Lindsay Scott.  Scott caught the ball, floated horizontally across the middle of the field, and began what was an 80-yard foot race all the way to the end zone - directly in front of where I was sitting.  Along with all the other elated GA fans, Larry Munson was yelling and jumping so excitedly he actually broke his chair.   It seemed like time stood still; the Georgia fans left their feet and did not return to earth as we celebrated that game-winning touchdown pass – it was a time of excitement in Georgia Football history rarely to be rivaled.

The photo I took after Lindsey's last-second Touchdown

This year, we are RANKED #1 in the nation, and we get to watch in anticipation another great Georgia team battle Florida for a chance to play for the Southeast Conference title.  Each new match-up brings the possibility we could witness yet another great moment of Georgia football history.  So before you go to the game, pull together with your friends and family, share some good tailgate food, and get fired up by listening to some of Munson’s greatest calls.  Enjoy the excitement of the anticipation of a victory.  The love of the game is deeply rooted in the Golden Isles – I encourage you to breathe it in and make some of your own wonderful game-time memories.   Go DAWGS!